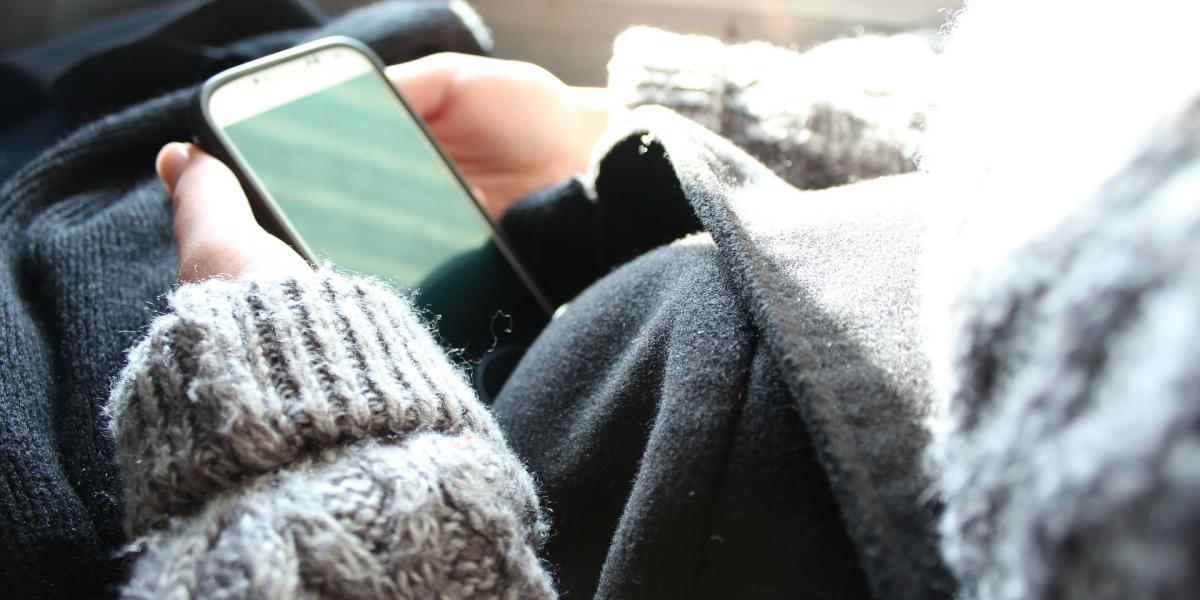 Constant access to social media significantly has an impact on the lives of young people. It enables them to be in contact with the world and access information. However, these positive aspects often overshadow what many people are struggling with derived from the constant exposure to social media: the overload of information which can cause a fear of missing out.

People constantly checking social media are looking for information, entertainment or a moment of distraction. However, the amount of information might be too much. They start to feel as if they were missing out on anything good, interesting, valuable and important. One of the problems derived from this exposure is Fear Of Missing Out often referred to by its acronym FOMO.

FOMO, Fear Of Missing Out, was defined by the marketing strategist Dan Herman, who translated it as a fear of not using all the available possibilities and, at the same time, losing the expected joy associated with exhausting all these possibilities. Patrick McGinnis, author of the book Fear of Missing Out: Practical Decision-Making in a World of Overwhelming Choice, on the other hand, described FOMO as "over-optimisation", which means people always strive to optimise for the perfect outcome. They spend a lot of time making a perfect decision which may lead to an amazing experience.  However, both Dan and Patrick did not associate FOMO with social media. It was done by other media that became interested in this phenomenon.

FOMO is an overwhelming fear that other people at any given time are participating in exciting experiences in which you are not part of. In that sense, the common definition of Fear of Missing Out refers to the fear that others may be playing without you, hence emphasising the feeling of exclusion. And although these definitions do not directly explain its relationship to social media, their impact on this feeling is significant. This permanent desire to stay connected with others and to be aware of what they are doing is stressed by the current use of social media.

FOMO is therefore a huge problem that affects people in their daily life. However each person experiences it differently. Some ways in which FOMO can manifest are: when others do not interact as expected, when someone feels unable to interact or connect as desired, when unwilling to engage in social interaction and when having to or feeling a need to engage in continuous untimed interactions. Identifying how fear of missing out is revealed in each case helps the person struggling with it to seek the appropriate support to deal with it and overcome that situation.

In recent years, social media has changed the way people function and establish relations in society. Young people for whom the use of social media is part of the daily routine has been particularly affected. It is hard to imagine life without social media. Using them has many benefits that make life and contact with others easier. However, the flip side of the coin shows that through this unlimited access, young people may be exposed to many damaging situations, like FOMO.

Just a dozen of years ago, relationships between people, including young people, were different. Social media has changed the way people communicate with each other. Today, especially in times of pandemic, social life develops or emerges mostly online. It is often the only source of contact between people. It not only allows us to maintain acquaintances. Thanks to the Internet, new friendships appear. However, the communication process itself is different from that which taking place in person.

This not only makes communication look different. What a young person feels and struggles with is also connected to what they do online and the information to which they are exposed. Not hearing from someone close, ignoring and, above all, being able to watch what others are doing, typically makes young people feel that their life is not as it should or could be. After all, others always have it better if that is the only thing they show on their profiles, right?

This is obviously not true. It's just a feeling. Young people need to remember that everyone chooses what they post online and how they present it. And it's much easier to upload a picture of your holidays in a beautiful place than uploading a picture of a normal daily life, when your activities are not as exciting as you think they should be to appear on social media. However, one can feel worse looking at the lives of others. The difficult thing is that often young people spend their time alone while seeing what their friends are doing. They feel that they are missing out on something.

So how do you deal with FOMO? It depends on each person. Foremost, it is important to recognize that this concern occurs. It can be recognized, for example, if you feel anxious due to the lack of access to the Internet, if you are constantly refreshing social media, e-mail, news and feel the need to quickly react to any message. It is important to differentiate necessary and useful information from distractions that don't bring anything meaningful to you. Sometimes it also helps to switch off for a day or two to recognize FOMO. If you have no problems not accessing social media for that time - that's a good sign. However, if you do experience them, don’t hesitate to talk to someone you trust about it and ask for professional help if needed.

Internet has made it natural to be in constant contact and available at all times. What is shown online is often different from what it really is. People tend to show only a part, usually the positive one, of their lives. Showing only the good side makes others feel that they are missing something in their lives. However, these negative effects suffered by young people and recognising these problems can help them find a positive way of using the internet, knowing that not everything that appears there is true.

"I'm a Polish girl who gained her journalistic experience in several places, including writing for magazines and working in radios. I'm up for all possible challenges, adding the right dose of humour to them. I am primarily interested in talking to young people who introduce real changes. An example is the Youth Climate Strike in Poland as a youth movement fighting for a legal change in the government's approach to the climate crisis. I am interested in writing about how European Union programmes give young people a chance and how they changed their lives. I am also interested in the exclusion that many young people face because of their place of residence, gender or sexual orientation. I would like to raise topics that draw attention to the real problems of young people. I am also more and more interested in the culture of the Balkans and Turkey and their inclusion and impact on the European Union."

This article reflects the views of the author only. The European Commission cannot be held responsible for it.