Launch meeting of the National Committee for the Planning, Implementation and Monitoring of the work of the EYY2022 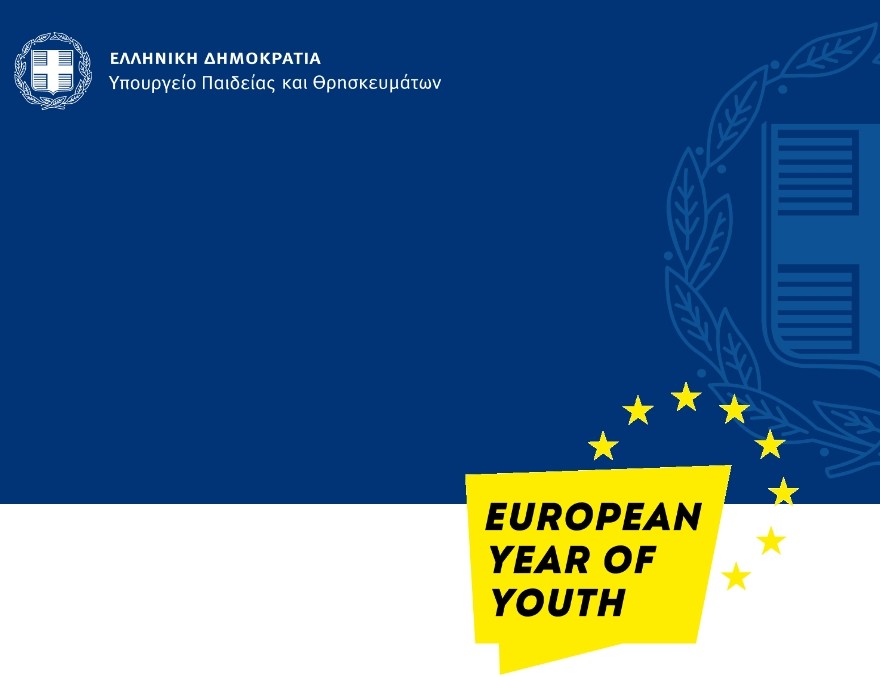 The central Committee for the Planning, Implementation and Monitoring of the work of the European Year of Youth 2022, which consists of not only ministry officials, but also representatives from the Youth and Lifelong Learning Foundation (INEDIVIM), the State Scholarships Foundation (IKY), the Hellenic Youth Workers Association, the Hellenic Agency for Local Development and Local Government (E.E.T.A.A.), the Youth Committee of the Central Union of Municipalities of Greece (KEDE), the President of the Hellenic National Youth Council (HNYC) and a representative from the European Parliament Office in Athens, officially starts its work in this first meeting at the Hellenic Ministry of Education and Religious Affairs.
The Committee has been set up in such a way as to be able to target in its planning the needs of all young people in the country and to communicate the EYY actions directly and effectively.