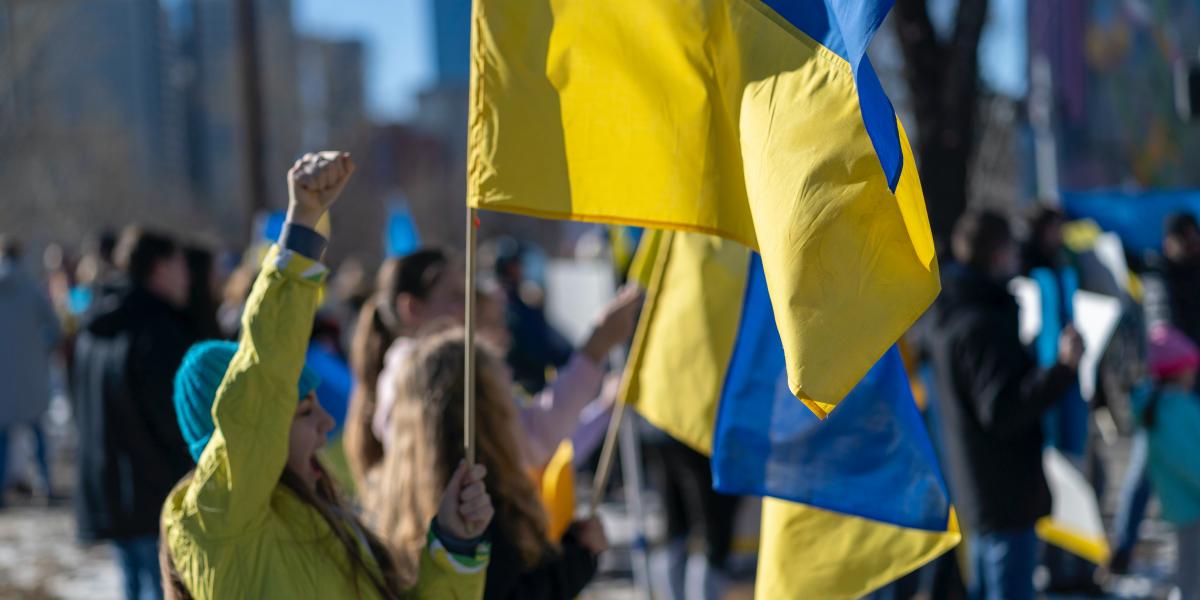 Europe is standing by Ukraine and debunking disinformation

February 2022 marks European history with a new dark page. Tens of thousands Ukrainian, mainly children, women and elderly people are fleeing the war, seeking refuge in neighbouring countries. Young people around Europe are in shock as they follow the news and stories from young people in Ukraine on Tik Tok and other social media channels. In this context, it is of particular importance to know which sources to trust, where to turn to give support while preserving your mental health.

A lot of fake news is circulating on the conflict, it is important to be aware of it and to refer to official sources. When reading or sharing content, always double-check the validity of the information and refer to reliable and up-to-date sources, such as the EU or the UN, and follow the EU countries' national authorities dedicated pages.

For Ukraine, you can see on this page a list of official accounts.

What is the EU and its Member States doing?

EU home affairs ministers are to discuss how to provide humanitarian assistance in Ukraine. At least 17 Member States have already offered medical equipment, tents and blankets after Kyiv requested aid from the EU’s civil protection mechanism on 15 February.

The EU has been cooperating with Ukraine for many years, discover how on the European Parliament’s page. This includes tackling disinformation and debunking myths targeting Ukraine. Find out more here.

What about international institutions?

The EU is closely coordinating its actions with partners and allies – NATO, G7, the United States, the United Kingdom, Canada, Norway, South Korea, Japan and Australia.

NATO - An international organisation whose purpose is to guarantee the freedom and security of its members through political and military means. NATO is committed to the peaceful resolution of disputes and has the military power to undertake crisis-management operations if needed. Ukraine is not a member of NATO which explains that military action is not taken. However, from the very beginning of the Russia-Ukraine conflict in 2014, NATO has adopted a firm position in full support of Ukraine’s sovereignty and territorial integrity within its internationally recognised borders. It also supports Ukraine’s ability to provide for its own security and to implement wide-ranging reforms in the security and defence sector.

United Nations - an international organisation with 193 Member States, aimed to address and solve global issues such as maintaining peace and security, protecting human rights and delivering humanitarian aid. The UN highest institution, the Council of Security, has 5 member states with a right to veto. This is how Russia blocked a UN Security Council resolution that would have demanded that Moscow immediately stop its attack on Ukraine and withdraw all troops. However, the UN is still acting. A UN Crisis Coordinator for Ukraine, Mr. Awad, will lead the coordination of all UN efforts, including its humanitarian response. The UN put $20 million from the Central Emergency Response Fund to meet urgent needs to support people in Ukraine.

Watch out for your mental health

The war situation, the amount of information and the fact that we have social networks that did not exist in World War II cause a lot of tension, uncertainty and stress. We are witnessing a high level of anxiety among young people across Europe - it is insanely difficult not to burden ourselves with following the situation on social media and TV, and living a normal life.
It is of course normal to feel anxious, but it is important to preserve ourselves from the news and seek help in case of anxiety.

As for Ukrainian refugees, psychological support for children traumatised by war shall be organised in the hosting countries.

Check our article about concrete ideas to act.